HIT (THE ROAD) LIST - To get a respite from the sultry heat of Mumbai, Anand Pendharkar hits the road of Goa, Agra

SIZZLING GOA
Goa is India's unanimously uncrowned king, as far as international tourists' destination is concerned. With its mesmerising beaches, forts, temples, churches flea markets, locally brewed wines, wildlife sanctuaries or the tanned 'bay'-watch team, they all are a lure for the young at heart. Throw in your most garish clothes, a straw hat and a high SPF suntan lotion and head straight towards Goa. 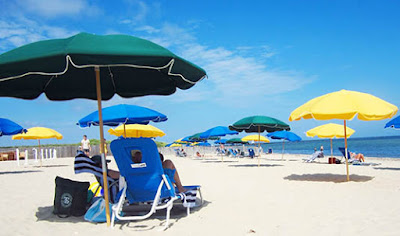 Whether you reach for Mahashivratri or Carnival (Mardi Gras) in February or Shimgotsav in March, the temples, churches and streets of Goa are abuzz with abundant hyperactivity. The Mandovi-Zuari Estuary Sunset Cruise is a must-do in Panaji, like the visit to the Basilica of Bom Jesus in Old Goa. Fort Aguada (Portuguese coastal fort) and Mangueshi Temple are mandatory halts when in Central Goa. Beaches highly recommended whether for water and sky sports (Rs. 850-1000 per ride) or sheer ethereal beauty are Calangute, Anjuna, Margao, Colva and Terekhol.


MOONLIT AGRA
Touring India is incomplete without a glimpse of India's sartaj (crown) – the Taj Mahal. Reflected in waters of the Yamuna, this white marble edifice was erected in memory of Mumtaz Mahal, the deceased love of the Mughal Emperor Shah Jahan (17th Century), an absolute wonder of the world. The 30m entrance, red sandstone mosque and its jawab (answer), the tomb with four 41.6m minarets, and the surrounding garden look equally beautiful during the day, as in the glow of the moonlight. You can get some breathtaking pictures or inspiration if you are painters, musicians, danseuse or poets... 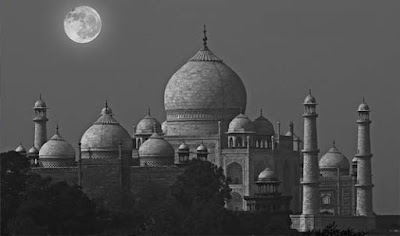 Be advised to buy a City Pass (Rs 200) which allows you access to the other wonders of Agra like the Red Fort (16th century), Sikandra and I'timad-ud-Daula. The Red Fort reminiscent of the one at Delhi houses the Jahangiri Mahal, Jodhabai's Palace, Shah Jahan's Palace, Anguri Bagh, Golden Pavilions, Khas Mahal, Mussaman Burj, Sheesh Mahal and the Mina Bazaar. You could combine Agra with Jaipur-Udaipur and Delhi called the Golden Triangle.

MYSTIC VARANASI
Bobbing in a boat on the Ganga, wearing a silk brocade kurta-sherwani, listening to the far off din of mantras, floating oil lamps and the starting notes of Bhismilla Khan's Shehnai doesn't mean you have reached the pearly gates of heaven. It indicates the dreamy morning or evening you witness at Benaras or Varanasi (derived from the confluence of Varun and Assi Rivers). 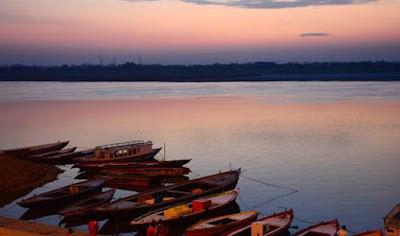 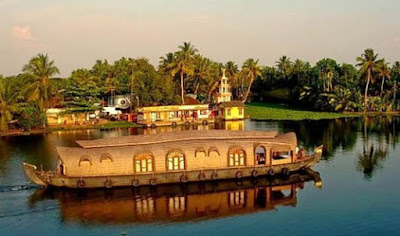 A simple and rustic state with near 100 per cent literacy, the mallus of Kerala are simple, unassuming people, making great hosts. Kerala's Periyar Tiger Reserve is the doyen of wildlife conservation and international tourism, besides the Spice Village, Kerala Ayurveda Massage Centres and Kovalam, Varkala, Quilon beaches.
Posted by nulmalik at 12:36 AM No comments:


Don’t pack valuable, perishable, and fragile or items sensitive to the heat and cold in your checked baggage. Try to avoid these items altogether, but if you must take them, they will be safer in your carry-on bag. 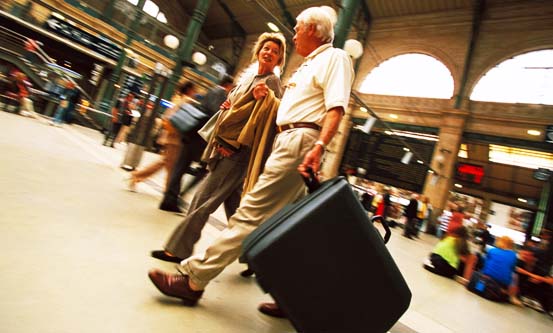 Never leave your luggage unattended or take your eyes off your bags.

Learn your destination’s airport code and make sure the correct one gets put on your bag.

Avoid taking luggage with flashy brand names, as it will make them more attractive to thieves.

Avoid carrying your laptop in a bag that lets everyone know you are carrying expensive electronics.

Use the locks on your luggage.

Clearly label your luggage on both the inside and outside of your bags.

Remove any items that are hanging off your luggage and could get actually caught on conveyor belts.

Place a trip itinerary in your luggage so your bags can easily be returned to you.
Posted by Unknown at 4:13 AM No comments:

Like time travellers, frequent flyers jet in and out of time zones. It can be very tough to deal with the ensuing jet lag—splitting headaches, upset stomachs, lethargy… Here are some tips to travel smart and minimise these symptoms


Are you one of those whose back resembles the contours of the aircraft seat? Do you frequently take 14-hour, red-eye flights? Do you hop, skip and jump across time zones? If you are such a frequent flyer, then you better gear up to tackle jet lag and associated disorders. 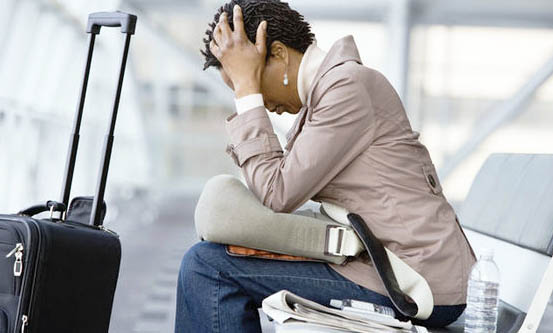 For efficient functioning, your body releases certain hormones at a particular time of day. Flying across the globe disrupts the body’s day/night cycle and interrupts the hormone release. As a result, your Circadian rhythm gets altered. This imbalance can induce stress and depression.
The aircraft’s controlled temperature leaves your body dehydrated, leaving you with dry, cracked skin and dandruff. It can also cause severe headaches, even migraines. Your sleep cycle goes for a toss; insomnia is a common side effect. Perhaps the scariest problem is Deep Vein Thrombosis (DVT), in which a blood clot forms in a deep-seated vein in the leg. If this clot manages to break away and travel through the bloodstream and heart into the lung, it can kill. Air travel is not the only factor that causes DVT, but it’s a pretty major one.

It is important to remember that symptoms of DVT may arise many days after a flight. Most patients, however, report symptoms within a week of the trip. The symptoms could manifest in the leg or in the chest.

If you have to travel on business, well, there’s no way you can avoid it. So, better be prepared!
Keep your body hydrated. Drink lots of water and other fluids while on board. However, avoid fizzy drinks and alcohol. Alcohol is very dehydrating.
Be regular with cardio-vascular exercises. While on board, do some exercises prescribed for flights.
Expert: Dr Sandip Budhiraja, internal medicine specialist

Posted by Unknown at 3:48 AM No comments:

Ask the Doctor in India